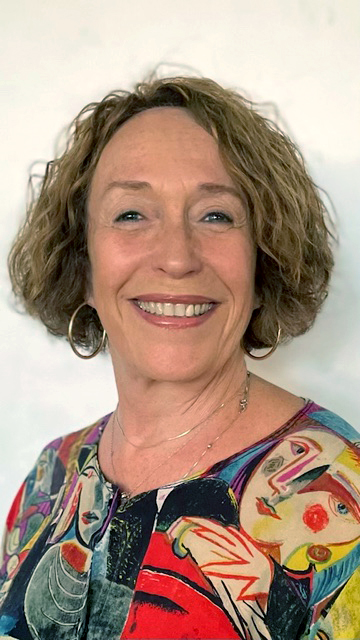 As an only child of Holocaust survivors, I grew up here in Los Angeles, my family and
extended family living in close proximity. So community, and especially my Jewish
community, is very important to me.

My TIOH life began the day my mother passed away. Having attended services here
a few years prior, my husband Michael and I knew that this is the community we
wanted to join. At that time our twin boys, Sam and Ross, were just turning two, and
we had hopes of them attending Briskin Elementary. This came to pass, along with
their B’nei Mitzvah and participation in the Teen Program. My immersion in TIOH life
was off and running. In 2013 our family traveled to Israel with Rabbi Missaghieh and
other TIOH families. Michael joined Rabbi Rosove on two other trips – to Cuba and
Eastern Europe. 2016 was a wake-up call and the strong Social Justice arm of TIOH
called to me. From phone banking to joining the Social Justice Coalition and cochairing
the Immigration and Refugee Core Team, I became and remain committed.
This year I lead the TIOH Sponsor Circle, assisting a family from Afghanistan to begin
their new life in the United States. It has been an incredibly rewarding experience.
Prior to being an active volunteer parent and congregant, I worked in both the film and
real estate industries.

As a new member of the Board of Trustees, I look forward to continuing my
involvement with this sacred institution.